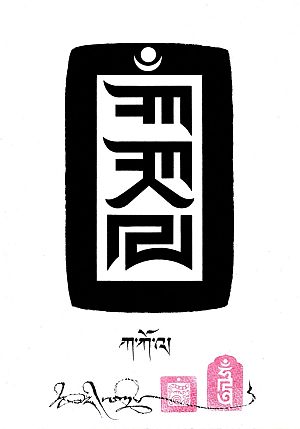 Tashi writes:
Looking at the pure and simple seal script, there are at least five ways the word crow or raven can be translated, one of which has a shared meaning of a secret abode of the Dakinis, as well as another word for the moon. This is pronounced
ka ko la, three short characters that would arrange in an oblong shaped seal that the letters have a resemblance to features of a crow.

In order to design a personal seal, one needs to know the theme of the design, whether pictorial or of a script.

Of course crow can be translated and written in the seal script and Tibetan.

Words used I will translate into the special seal script called Horyig.

Seals with the use of Horyig tend to be square or oblong in shape, unless a round shape to the seal is specified.

The vertical Horyig script tends to be quite lengthy in text when translated, so it is advised to keep words for a seal design to the minimum, using key words or titles.

Seals can be depicted in two categories, of yin and yang, in simple terms, Yin being more feminine and light, Yang more masculine and strong.

The power of an impressive seal design is in the simplicity, yet with a great depth of meaning. This is what i strive to accomplish when designing a seal.

Especially when designing a seal, maintaing a simple but meaningful image is what drives me, especially when there happens upon synchrony between the script and subject, often after a process of eliminating what is not in harmony with the theme of the design, as well as relying on the historical integrity of the script.

Your seal manifested curiously 'crow like', not only in using the words for crow in Tibetan (ka ko la) translated in the Phags-pa script, it is as if the essence of 'crow' exudes through the calligraphy of the seal, such a design satisfies me in its iconographic successes.

More information and examples of seals may be found here. I had written something of the original Phags-pa script and its historical reference found here:


More links from the personal seal section of Tashi's website: 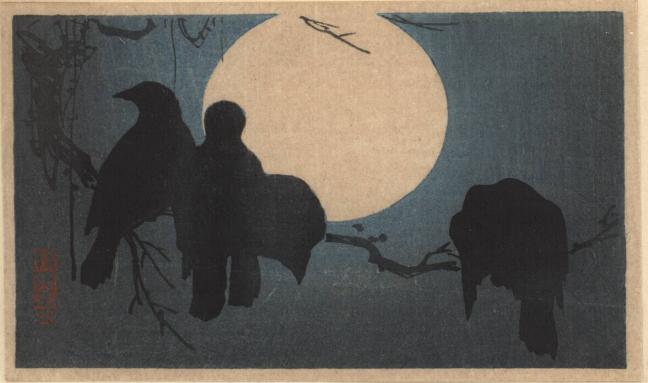 A Murder of Crows - PBS Documentary

"You inquired,  as I recall, whether one may permissibly manufacture sweet cider and then, after  natural fermentation has occurred,
sell the finished product, without complying with the statutory provisions and local regulations governing the sale of alcoholic beverages." 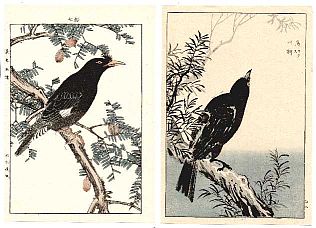 The way a crow
Shook down on me
The dust of snow
From a hemlock tree
Has given my heart
A change of mood
And saved some part
Of a day I had rued.
Robert Frost 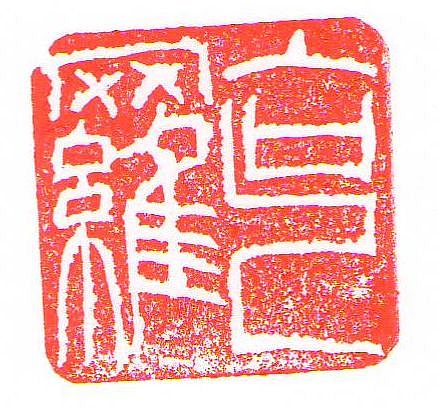 Crow Seal From Malaysia _ gift from my daughter Rebecca Guay

Scene Near Northwood Narrows, NH circa 1918

Khyung Lung dNgul mKhar,
A capital of the ancient Kingdom of Zhang Zhung.
Photos from the 1988 expedition with Chogyal Namkhai Norbu, soon to be
published by  Shang Shung Editions  with accomanying text by ChNN
translated by Adriano Clemente

OM MANI PADME HUM
The Benefits of Prayer Wheels
The Meaning of the Mantra
Here's the sound of the mantra, chanted by a Tibetan refugee